Traverse City will take another step down the tech highway when 20Fathoms, a technology and manufacturing incubator in downtown, has its grand opening on July 26.

Executive Director Andy Cole will have room for about 55 tenants in the 5,700-square-foot center, about a third of them already signed up. Finishing construction touches are underway in space formerly occupied by the law firm Smith Haughey Rice & Roegge on the second floor of an office building at the corner of North Park Street and Front Street, downtown Traverse City’s main drag. 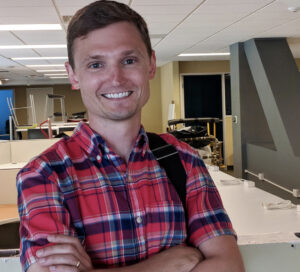 He said he expects to sign up more local tech startups after they see the facility at the grand opening. On the ground floor of the building is the headquarters of the 4 Front Credit Union, one of the incubator’s main sponsors. The incubator is a 501(c)3 nonprofit and solicited charitable and sponsorship funding, in addition to a grant of $92,200 through Traverse City’s Downtown Development Authority from a USDA Rural Business Development grant.

Cole is what is sometimes called a boomerang, a native of Traverse City who went o to college, began his career elsewhere and yearned to return home to be reunited with family and with the views of east and west Grand Traverse bays.

Cole, 34, is a graduate of Traverse City West High School, got undergraduate degrees in physics and math from Kalamazoo College and in mechanical engineering from the University of Michigan, then got an MBA in entrepreneurship from the business school at Babson College in Wellesley, Mass.

Aer stints as an instructor at the Startup Institute in Boston and as an adviser at the Boston consulting firm Chadwick Martin Bailey, Cole decided it was time to return to Traverse City.

He’d met a woman in Boston who had been a year behind him in high school, Emily Lammers, whose family owns the Gallagher’s Farm Market and Bakery in Elmwood Township west of Traverse City, and they began dating and decided to get married.

“As we were starting our family, we wanted to be near family,” he said.

Casey Cowell hopes to repopulate Traverse City with boomerangs. He founded Boomerang Catapult LLC in Traverse City to invest in early stage and startup companies and was instrumental in getting 20Fathoms launched. “Boomerang” refers to the returning nature of a boomerang, and the goal is to get talented former Traverse City folks back to their hometown. “Catapult” refers to propelling a company forward with early equity capital.

Aer returning to his home territory in 2016, Cole was director of operations at TruSelf Organics, a Traverse City company making organic and animal-cruelty-free skin-care products. And he began networking with the area’s burgeoning tech scene, including a monthly meeting known as TC New Tech.

“We get 200 people filling up the lower level of the Traverse City Opera House each month,” he said. A recurring theme was the need for a local incubator, and with his background, people thought he was the right person to get it going. “I was accustomed to being in Boston, where there were talent pools like Harvard and MIT. I didn’t have a lot of confidence that we could make it work here. I said, ‘It’s going to be very hard.'”

He put a business plan together for an incubator and began shopping it around to local civic and business groups. Cowell was one of those Cole got to know. A successful entrepreneur himself, Cowell had founded U.S. Robotics in Chicago and grew it into the world’s leading maker of computer modems, taking it public in 1991 and selling it in 1997.

“Casey said, ‘Look, we have enough people willing to financially support this to bring you on full-time as the executive director. We’re either going to do it or not do it.’ We decided to do it,” Cole said.

Cowell and five others pledged financial support of $50,000 each. Another investor was the Traverse City based Northern Michigan Angels. In all, $500,000 was raised. “We need a center of gravity and community of interest around entrepreneurial and tech activity in Traverse City. This will breed new enterprises,” said Cowell. “Interactions breed opportunities, investment, solutions, etc. Right now, the community for this is fragmented and spread out. To drive the visibility, coalescing forward powerfully and effectively, requires place. We now have a place.” “Immediately aer launching Northern Michigan Angels, we saw the need for an incubator in northern Michigan. Most of the limited number of companies knocking at our door for capital were what we call Main Street America type companies,” said Deanna Cannon, executive director of the Northern Michigan Angels.

“These companies do not typically grow quickly or have an interest in selling in five to seven years, which is how an angel investor typically receives a return on their investments. It is our hope that once the incubator is fully operational and programs are implemented, entrepreneurs will be immersed in 8- to 10-week training programs and ideally graduate with a minimum viable product or prototype ready to sell.”

“At that point, our angel group can provide capital need to advance the business plan and pursue sales. NMA members will immediately serve as mentors and financial supporters of 20Fathoms and the team there.” Cole officially began his duties on Jan. 1, scouting out a location, soliciting financial support and recruiting tenants.

He also worked at finding an appropriate name for the incubator. It had a tentative first name — Startology — but Cole didn’t think it worked. He wanted something that would reflect the city and its surroundings.

During a visit to the city’s Great Lakes Maritime Academy, he had a eureka moment. He was told that water clarity is measured by how far you can see a specific disc. The visibility in the east and west bays is 20 fathoms, or 120 feet. He had his name.

The buildout of the incubator involved knocking down walls and creating large, open spaces, promoting what Cole calls collision by design. People run into each other, bounce ideas o each other, over time working more and more collaboratively.

Two things this incubator won’t have are the requisite ping-pong and pool tables of other incubators. “We’re going to fill the space with people,” said Cole. As a nonprofit, 20Fathoms operates, now, on sponsorships and charitable donations, but Cole said he hopes to have it be self-supporting in three years. It has a wide variety of pricing plans, from $100 a month to $1,500 a month. For information, go to 20fathoms.org. 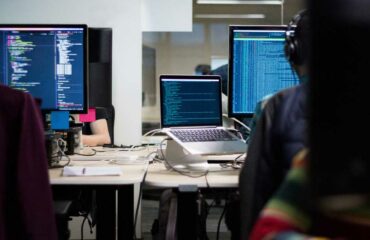 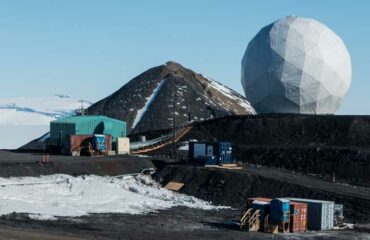 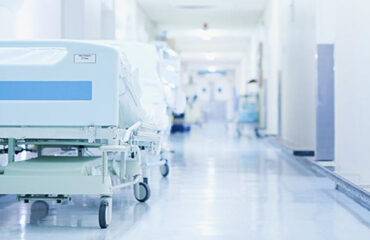 For Hospitals, Data Hygiene Is Critical To Patient Care