Traverse City is seeing the beginnings of a technology business ecosystem, including venture capital funding and eager talent looking to launch startups. This has the business community excited, but Traverse City is still not up to speed as a tech region. It’s missing one key component: ultrafast internet service.

Traverse City is seeing the beginnings of a technology business ecosystem, including venture capital funding and eager talent looking to launch startups. This has the business community excited, but Traverse City is still not up to speed as a tech region. It’s missing one key component: ultrafast internet service.

Tech business owners in Traverse City are excited about the region’s potential, but they worry that a lack of high-speed internet service is holding it back.

Eric Bravick runs a cryptocurrency mining operation in Traverse City. He has large, powerful computers mining currencies like Bitcoin, Monero, Z-Cash and Gridcoin. It’s a process that takes up a lot of computing power and bandwidth. But if you live in Traverse City and you or your kids are heavy internet users, you’re probably already aware of the big, slow problem Bravick has in running his business.

“In most metro areas that I’ve built businesses in – and there are many – connectivity at this point isn’t even something we think about anymore,” says Bravick. “We just assume that we can get gig fiber at an affordable price anywhere we go without a problem, and it’s just become a background issue like assuming you can get power.”

But in Traverse City, Bravick says that basic assumption of speed is nonexistent.

“You really have to struggle to get high-quality, fiber connectivity, and it’s very expensive,” he says. “So that’s absolutely inhibited many businesses that I’d like to build here.”

A growing group of tech entrepreneurs is fighting to change that current environment, but nothing can really move forward until the city is hooked up with high-speed fiber internet service.

It’s up to Traverse City Light & Power to build this fiber network. TCL&P board member John Taylor has never seen the business community so fired up about an issue.

“I’ve been on the board for about eight years, and we’ve had plenty of issues come before us where there were very strong opinions,” says Taylor. “This is easily the most engaged, most proactive the business community has been on a given issue at Light & Power in my time on the board. So there’s interest.”

There’s so much interest that the utility’s board authorized $11 million to design the new fiber system. That will take a few months. In the meantime, they’ll have to decide whether Traverse City Light & Power will just supply the backbone of the system and let Internet Service Providers – ISPs – ride on top of it, or if the utility wants to be an ISP.

“There’s a legitimate argument that the fastest way we’re going to get high-quality, affordable fast internet to the entire community is having Light & Power play that internet service provider role initially,” says Taylor.

But local tech entrepreneur Russell Schindler isn’t so sure about that. He’d rather see Traverse City Light & Power be the wholesaler of the fiber and let experienced ISPs compete for the best service and price.

“The existing ISPs could step in tomorrow and have their networks up and running,” says Schindler. “Traverse City Light & Power doesn’t even have the employees nor the technological experience or the marketing.”

No matter who ultimately runs the system, there’s no doubt that there’s a growing tech ecosystem ready to use it. Schindler launched something called TC New Tech in 2015. It’s a pitch contest in the style of the television show “Shark Tank.” And it’s drawing crowds to the City Opera House every month, especially since they added $500 prizes for the winning proposals.

“We’re entering a technology era where people can live anywhere they want to, so it’s really kind of inevitable that we will be a tech town,” says Schindler. “It’s whether or not we’re going to embrace it or we’re going to fight it. And I choose to embrace it and be the leader.”

That’s also the goal of Casey Cowell, a local venture capitalist. He launched Boomerang Catapult to fund early-stage technology companies in Traverse City. Cowell is seeking high-paying jobs that do not depend on the tourist industry.

“We have, in about the last two years, invested about $4 million in seven local startups or extensions or spinoffs of existing companies,” says Cowell. “And the rough goal was to create 500 jobs that pay $80,000 a year or more in five years.”

So far, Cowell says, his company has created 50 of those high-paying jobs in Traverse City, and more are on their way. 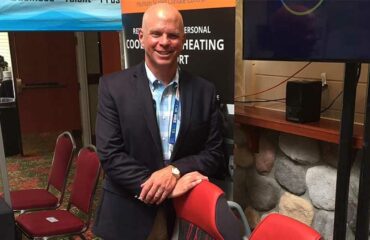 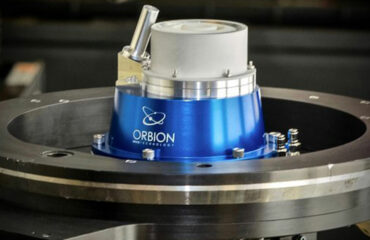